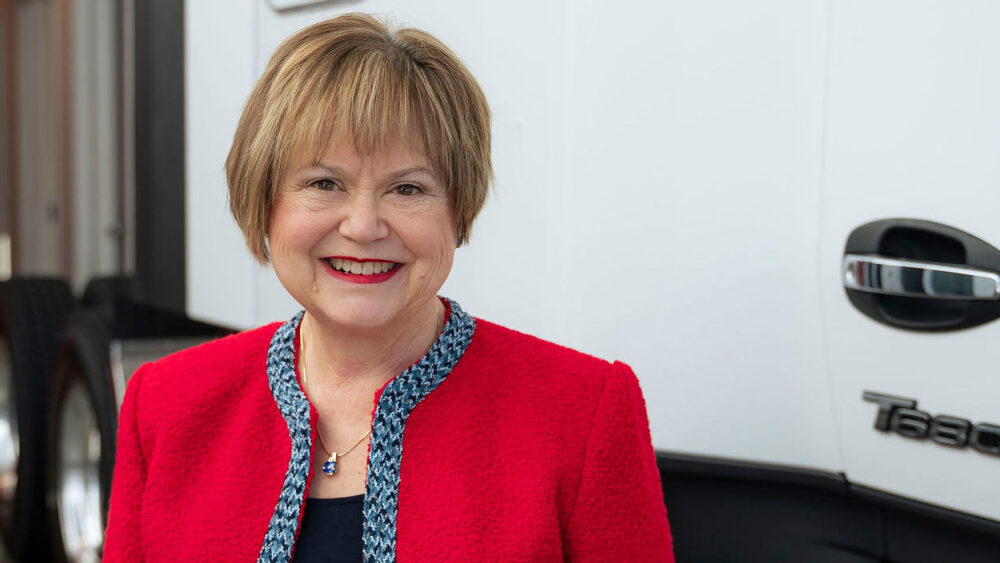 Rihm Family Companies announced that its President and CEO, Kari Rihm, has been named National Truck Dealer of the Year by the American Truck Dealers Association (ATD). The ATD Truck Dealer of the Year is a national award that recognizes commercial truck dealers for business performance, industry and civic leadership, and service to their community. It is sponsored by ATD, Heavy Duty Trucking magazine and Procede Software.

Kari received this award during the general opening session of the ATD show in Las Vegas. She was one of three nominees for the 2022 award. Eric Jorgensen, president and CEO of JX Truck Center in Hartland, WI, and Jon Vandehey, president and CEO of Mid-State Truck Service in Marshfield, WI were also nominated.

Nominees are selected by state, metro, and national association heads, and a panel of judges from Indiana University’s Kelley School of Business evaluates the nominees and selects the winner each year.

The award caps a long list of accolades Kari has received as she continues to take her family business to new heights. For the past several years, Kari has been named Minnesota’s Most Admired CEO, received an award for being the first female-owned business in the Twin Cities, won a Kenworth Dealer Longevity Award, and was named among both Top Women-Owned Companies and Best Company Women Can Work For in Transportation by the Women in Trucking Association.