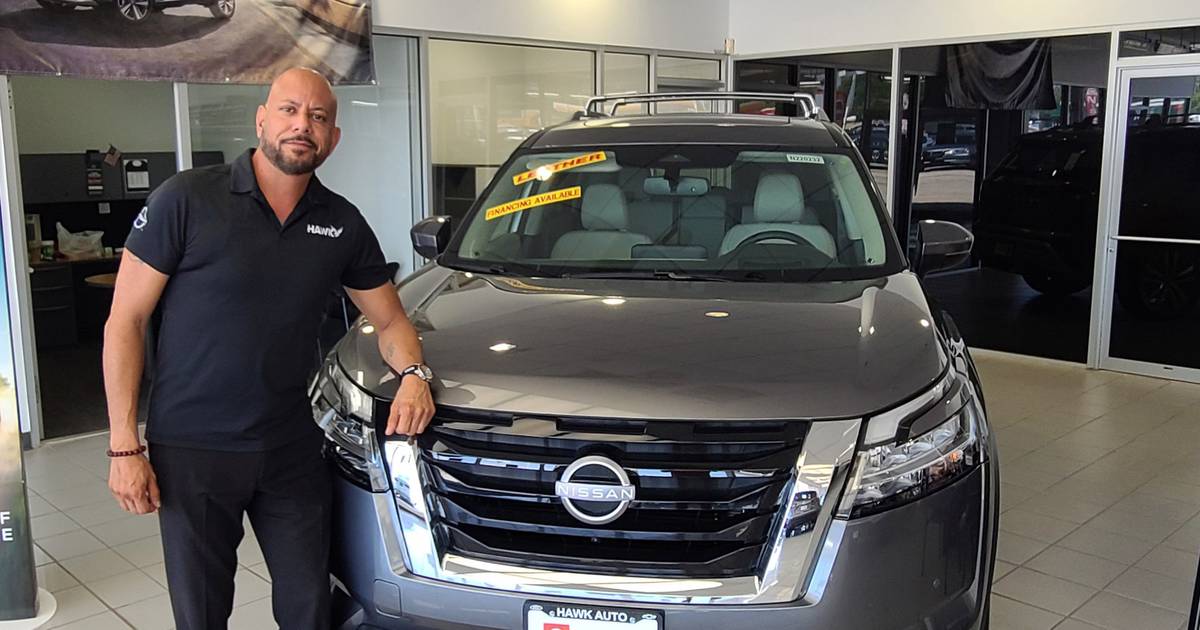 Like any auto dealer, St. Charles resident Emir Abinion, 58, CEO of Fox Valley Auto Group which includes Volkswagen, GMC and a Buick dealership, would like to sell more cars, especially with the waves currently awash in late- summer promotions and special financing.

But despite inventory that has improved slightly over the past 90 days, those numbers are a far cry from where they were a few years ago, numbers that Abinion says may never be achieved again.

“It’s interesting because we’re having this conversation with our third ad. The first tier is manufacturer advertising and the second tier is a local market area, like a group of market dealers who advertise together,” said Abinion. “The third tier is what the dealerships themselves do for their own branding and their own dealership. This was a contentious conversation last year – at one point there was very little inventory , so what do we advertise?”

Oli Ponce of Elgin, 52, who works as a general manager at Hawk Nissan of St. Charles with 35 years in the auto industry, said consumers shouldn’t assume end-of-season ads hit all their targets .

“There are these national commercials that are broadcast all over the country. We can’t order anything – I can’t speak for other brands but for us – that’s all we can get from the factory,” he said. “National ads, say for something like the Nissan Leaf, which is huge in California. You may be able to find cars in some areas, but not always here in the Midwest. In some areas you might find two or three, sometimes a bunch. Until the gas crisis, the Midwest wasn’t known for hybrid or electric cars—we sat in them year-round and no one would buy them. When the gas went up, things changed.

While car ads can offer great deals on cars that don’t exist on lots, dealerships face the dilemma of being out of sight, out of mind if they don’t maintain brand awareness. mark there in Public.

“The other problem is if people aren’t advertising and you’re the only one advertising, you get a bigger share of voice,” Abinion said.

“The inventory situation has not changed for over a year now. We’ve got inventory week over week that’s been essentially the same for over a year and it’s an all-time high – about 70% lower than it once was and we really don’t see any proof that it backfires,” says Smoke. “The reason dealers are advertising is that there has been a substantial shift to selling to order, which will continue to keep inventory low for months. to come, because the cars disappear before they even have time to park on the lots.”

“It’s not just us, it’s the whole world,” he said. “They’re building 2023 models right now and it’s not impacting their build. It’s not just the shortage of chips because there are also supply issues as well as logistics, if you have cars from different regions.

Sales, according to market analysts, continued to decline. Smoke notes that new car purchases are expected to be just 13.7 million vehicles sold, down 8% from the year and a figure he says “will end up being the lowest number we’ve ever seen.” have had since 2012”.

“That’s probably the bottom and the absolute bottom was in May, but that’s the time of year when we should see new model year vehicles and dealers would historically have discounted old ones to get them out, but new ones have been slower to arrive,” he said.

Gerald Hyundai’s general sales manager in North Aurora, Alex Kapouranis, said 70% of his sales are pre-ordered, with the rest coming from the small amount of vehicles arriving.

“We advertise our cars on the website as ‘in stock’ or ‘on the way’ and I have almost 50 new cars in stock now because we have about 10 trucks with deliveries in mid-August, that’s the maximum that we’ve had on the pitch for months,” Kapouranis said recently. “Right now, our inventory is pretty healthy.”

Kapouranis says having more cars on the lot has slightly increased foot traffic, but buyer habits are changing.

“Having more cars in the field doesn’t increase your business as much as people might think. The market is changing, the way people buy cars. They research everything online and a lot of people are doing all the numbers and checking out the car on videos,” he said.

Smoke advises people to “do their homework and expand their car search beyond their neighborhood dealership.”

While Ponce said he couldn’t order cars from the factory, Kapouranis said Hyundai allows dealers to put “priority request” on an order so it’s moved up the chain. production.

“You don’t order one per se, but if a customer is looking for a specific car, I make a priority request with Hyundai, and then they make sure they build that car and prioritize it for me instead of someone. one without this request. It’s not an order but a priority request, so you’ll be the first to receive it once the car is built and available,” he said.

Parts including something as basic as keys are still in short supply, Kapouranis said, adding that while 2023 models may come out a bit later, he expects supply – at least from Hyundai – be more important.

“I really think supplies, at least for our brand, will increase,” he said.

David Sharos is a freelance journalist for The Beacon-News.