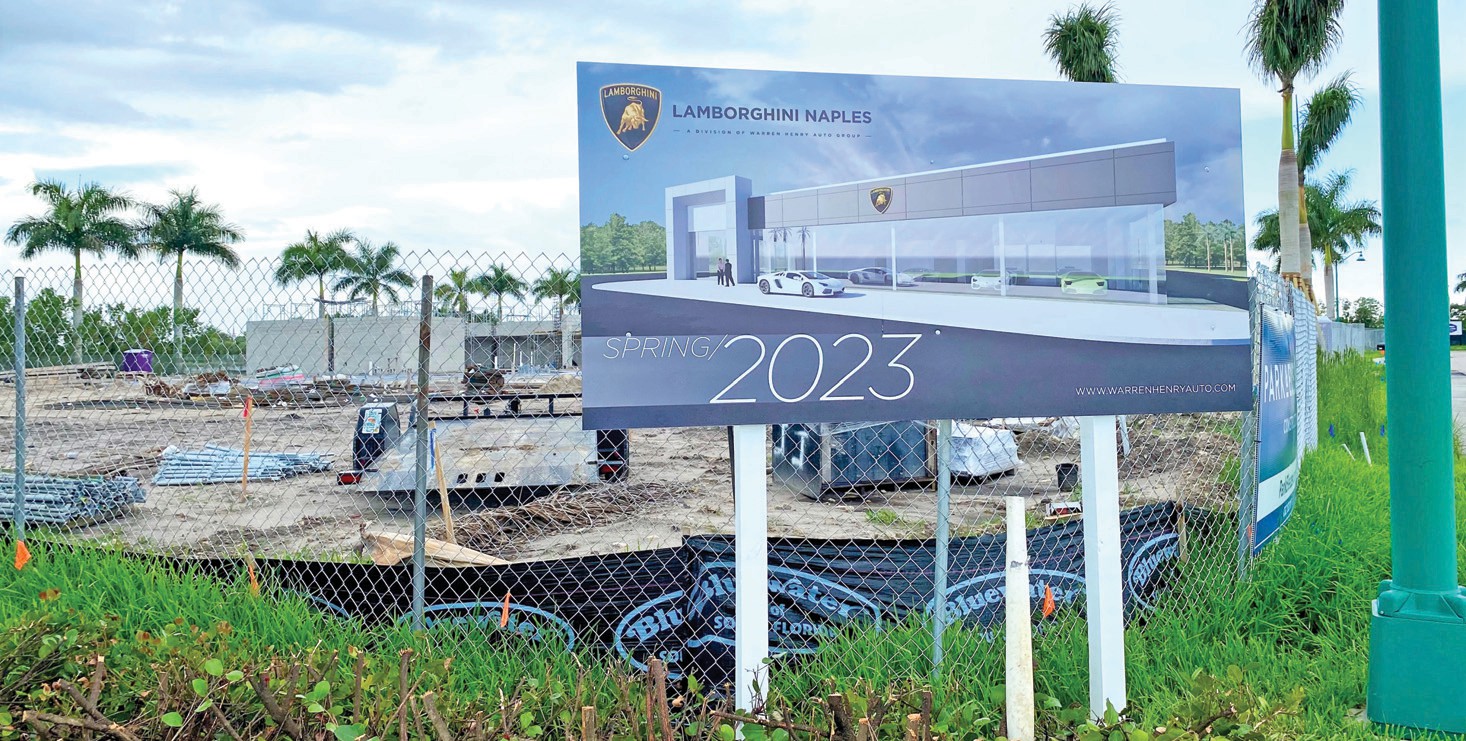 The Naples Lamborghini dealership began construction this summer between Culver’s and Isles of Collier Preserve on US 41 East in East Naples. PHOTOS BY TIM ATEN / FLORIDA WEEKLY

A: You see the first steps of Lamborghini of Naples, which began construction this summer on the Shops at Hammock Cove lot between the Culver fast food restaurant and the Isles of Collier Preserve residential community along US 41 East to East Naples.

Construction of the 18,000 square foot dealership for the Italian luxury supercar brand began last month on a vacant 2-acre commercial plot in the Sabal Bay Prime Planned Unit development. Scheduled for completion around April 1, 2023, the project has been awarded to Clearwater-based Park & ​​Eleazer Construction. The new Naples dealership is developed by West Broward Imports LLC, a division of Warren Henry Auto Group, which also owns Lamborghini Broward in Davie as well as a dozen other auto dealerships in Florida. Under construction directly behind the high-performance car dealership is Hampton by Hilton, a four-story, 124-room hotel with an outdoor pool. The nearly 75,000 square foot building is expected to be completed by May 1, 2023. 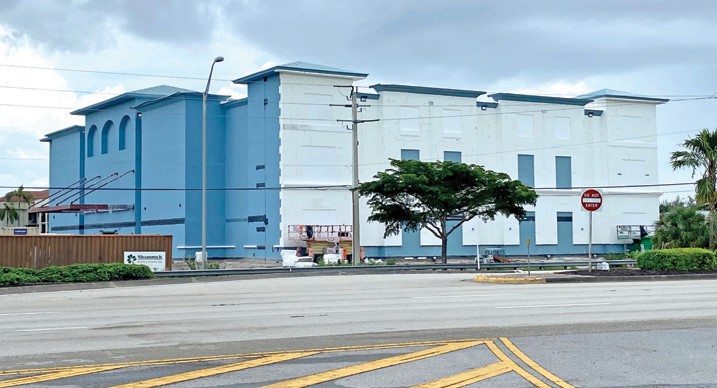 Valley Stream Self Storage is under construction across from the future Naples Lamborghini Dealership on US 41 East in East Naples.

The large structure being built directly across US 41 from the high-end supercar lot is Valley Stream Self Storage, a four-story enterprise of more than 120,000 square feet. The project is named for its location at the corner of Valley Stream Drive and East Trail. Construction began last July and is expected to be completed soon.

Q: Do you know when Crumbl Cookies will open? Very exited! 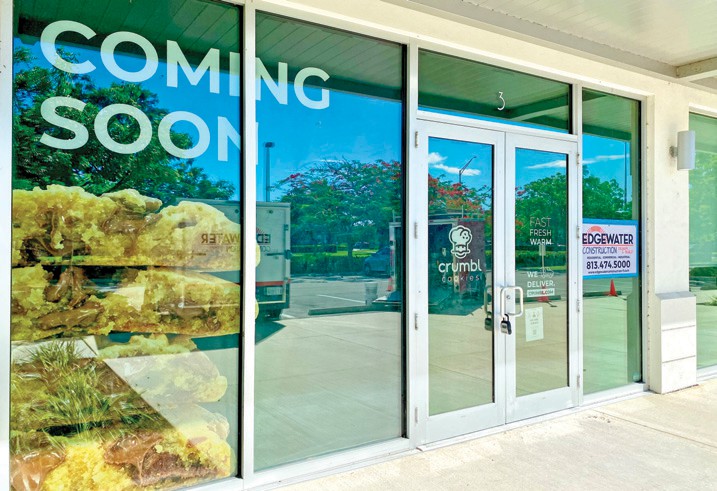 With hundreds of cookie varieties, Crumbl rotates four cookie flavors each week in the bakery lineup while Signature Chilled Sugar Cookie and Hot Chocolate Chips are always available fresh out of the oven in the open kitchen. Crumbl has become one of the fastest growing chains in the country, so additional locations are planned in Southwest Florida.

The North Naples store, which opens on the shopping street in front of the Regal cinema, will operate from 8 a.m. to 10 p.m. Monday through Thursday, 8 a.m. to noon on Friday and Saturday and closed on Sunday.

Customers can use the digital app to order and deliver or come to the store to pick up cookies packaged in branded pink boxes. Catering is also available.

“We are so excited and ready to provide the best customer experience here in beautiful Southwest Florida,” Ms. Rattner said. “We want to share Crumbl with the community and make every customer smile with a pink box full of cookies for all occasions.” 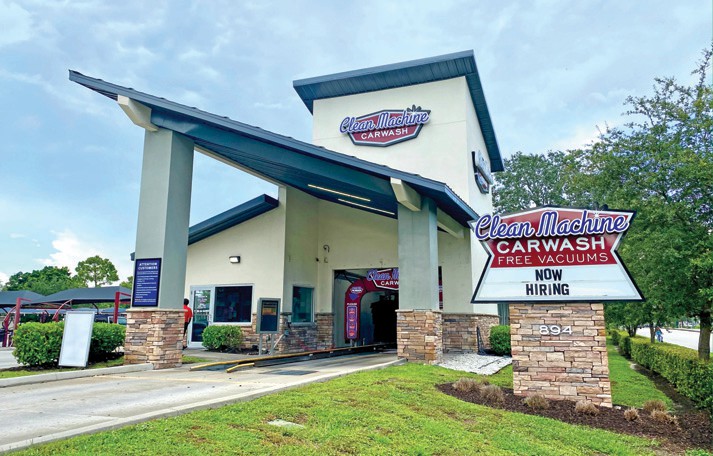 This Clean Machine car wash located at 894 Airport-Pulling Road in East Naples will be among those converted to Mister Car Wash in August.

Q: Is it really true about DaRuMa closing?

A: The last day of operation will be Sunday, August 28 for the North Naples location of DaRuMa Japanese Steak House & Sushi Bar.

“It was the original,” said DaRu-Ma manager Woody Doherty. “He’s been here for over 30 years and people are sad to see him go.”

The local restaurant will be razed as part of the redevelopment project to create One Naples, a mixed-use Stock Development venture that will be built on 6 acres on the northeast corner of Vanderbilt Beach Road and Gulf Shore Drive. DaRuMa’s less than an acre plot at 241 Center St. will be converted into a passive park and common space for future One Naples tower residents, but the restaurant today operates almost in the middle of an area of construction. 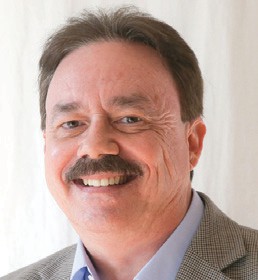 Stock bought the property late last year from DaRuMa owner Lin Huei-Yi Chang for $10 million, but the local restaurant was allowed to stay open until September. Since November 1987, the Changs have owned the property, which was previously the Ferrara Restaurant for many years.

This original DaRuMa location in Naples has created another location at Bell Tower Shops in South Fort Myers and two more in Sarasota. The other three sites will continue to operate as usual.

The original intention was to find another location in the Naples area for DaRuMa, but that search has yet to come to fruition, Doherty said. “They’re still looking, but they haven’t found a place yet,” he said.

Q: Yesterday I used the Clean Machine Car Wash at Rattlesnake and Collier. People there have mentioned that there will be a new name soon. “Sir” is part of the new name. There is a similar car wash on Airport Pulling near Naples Airport. That might be something for you to consider.

A: Thanks for the advice. Tucson-based Mister Car Wash plans to rebrand its half-dozen Clean Machine Car Wash locations in East Naples, Bonita Springs, Estero and Fort Myers as well as its other Florida locations. The name change conversion will begin locally in August with unlimited wash club offerings from the new company. Mister Car Wash will roll out a Platinum Plus plan with Ceramic Pro coating as a test option in the Southwest Florida market.

Mister Car Wash’s acquisitions in Florida in December included 23 businesses operating under the Clean Machine Car Wash and Top Dog Express trade names, as well as 10 locations still under development and the real estate properties of all 33. Each location will be converted to the Mister brand. Car Wash. This year.

The company’s expanded footprint in Florida provides more options for customers, who can use the unlimited wash club plans at any of Mister’s 65 locations in the state.

Ford will punish dealers who trade or resell popular models