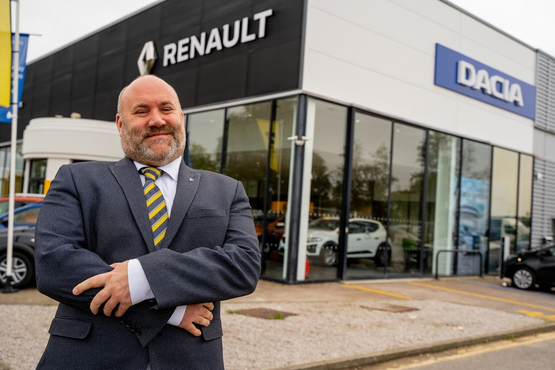 Vertu Motors created 15 new jobs with the opening of a new Bristol Street Motors Renault and Dacia dealership in the former Jaguar showroom in York.

The AM100 PLC said it has invested over £ 300,000 in the Clifton Moor Gate facility and is now looking for a service technician apprentice to join its newly created workforce.

The site housed a Jaguar franchise until Inchcape was developing a new Arch Concept facility in Yorkshire before the company was sold to Lloyd Motor Group earlier this year.

“The site is fantastic and offers a huge range of modern digital features, which correctly present the new Renault Dacia models.

“Our timing couldn’t have been better. The all new Sandero and Duster have just arrived from Dacia, as have the new Renault Arkana hybrid models – a new modern concession for new modern vehicles.

It also has digital screens on its forecourt, with interactive car setup tablets inside, which allow customers to preview and cost their ideal spec.

Seven EV charging stations have also been installed, allowing customers and visitors to recharge their vehicles.

Last week AM reported Vertu Motors’ record adjusted pre-tax profit of £ 51.8million in the first half of 2021.

The group raised its full-year profit forecast by 19% to at least £ 65million (previously from £ 50million to 55million) in light of the performance.