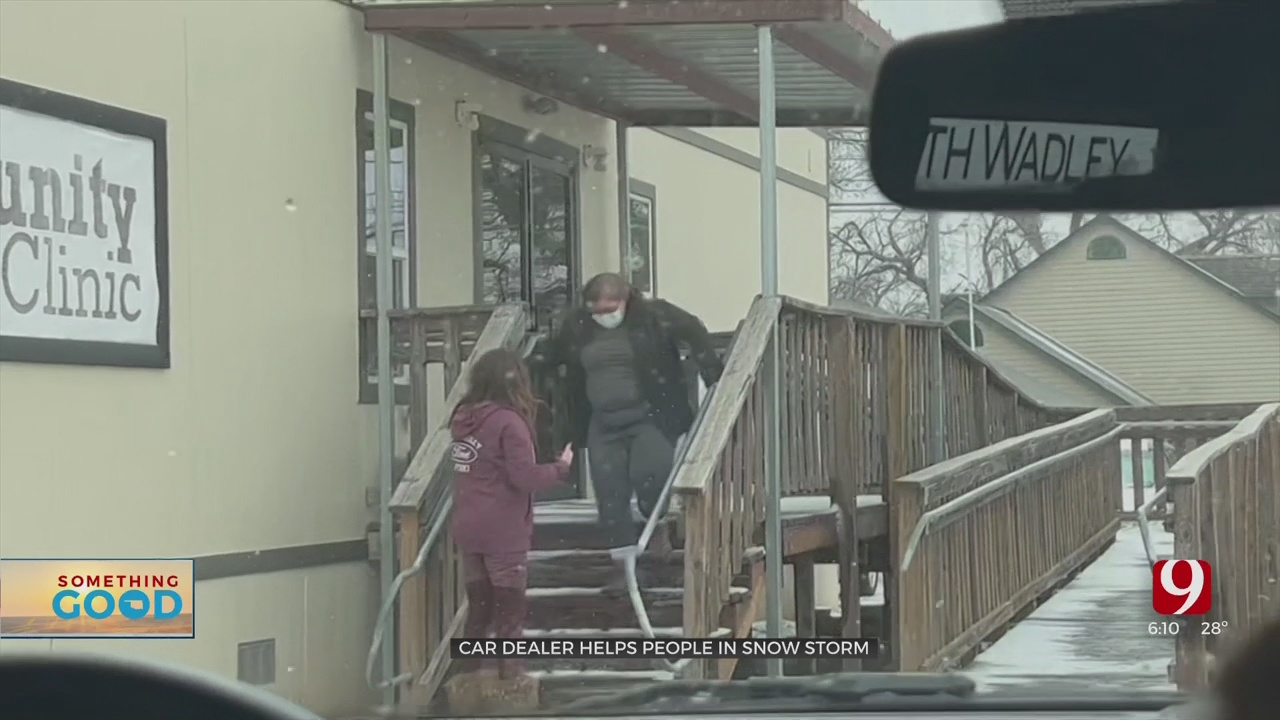 We all know winter weather will prevent travel, but sometimes we have needs that force us out of the house.

“Here in Perry the roads were really dangerous, they weren’t safe,” said Jared Cunningham, co-owner of Seth Wadley in Perry.

It all started with the winter storm last February when Cunningham called his employees to work.

“So we kind of, to be quite frank, ran out of things to do that I could come up with that were business-oriented,” Cunningham said.

While keeping an eye on the weather, he realized a problem.

“It just struck me that there were a lot of people in the community who weren’t as lucky as us, with access to the type of vehicle that makes dangerous roads like this safe,” said Cunningham.

So he asked his employees to call customers just to see if there was anything they needed.

“Most people who answered those phone calls said, you know I could really use a ride,” Cunningham said.

“You had to take older women to the grocery store to get groceries, who were kind of cut off from the world and unable to do it themselves,” Cunningham said.

They even delivered groceries, took pets to the vet, delivered generators to residents without power, drove residents to work, and took them to doctor’s appointments.

Sarah Langford discovered the service through her doctor.

“At the end of the day, if a customer has a need that we’re capable of meeting, we do our best to do it for them,” Cunningham said.

While they love the winter weather, it’s more about keeping residents safe and making sure they have what they need.

They commit to service whenever Perry or surrounding towns have a crisis.