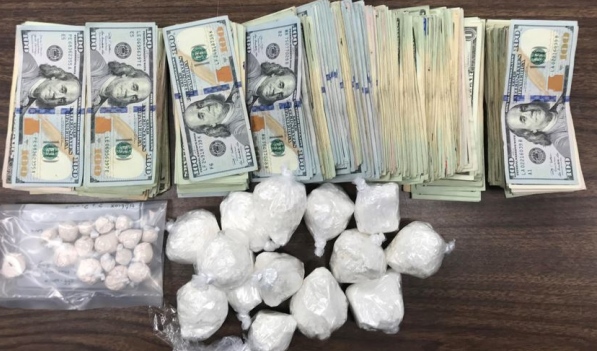 “A nine-month narcotics investigation that began in Brockton led Brockton Police detectives to Boston, where they brought heroin, cocaine and the potent and deadly synthetic opioid Fentanyl off the streets.

Police executed two search warrants in Boston on Tuesday, November 23, 2021, leading Brockton detectives to arrest two drug traffickers and seek warrants for six more. Investigators seized nearly half a kilo of cocaine and nearly 30,000 in cash from the Boston address.

Two men are behind bars in the Brockton case. Lolys Santana, 28, and Jonathan German-Lara, 28, face multiple charges, including trafficking in excess of ten grams of fentanyl. If they are found guilty of trafficking alone, they face up to 20 years in prison.

They also charged the men with two counts of distributing class A drugs, possession for the purpose of distributing a class B drug and conspiracy to violate the drug law. More arrests may be on the way.