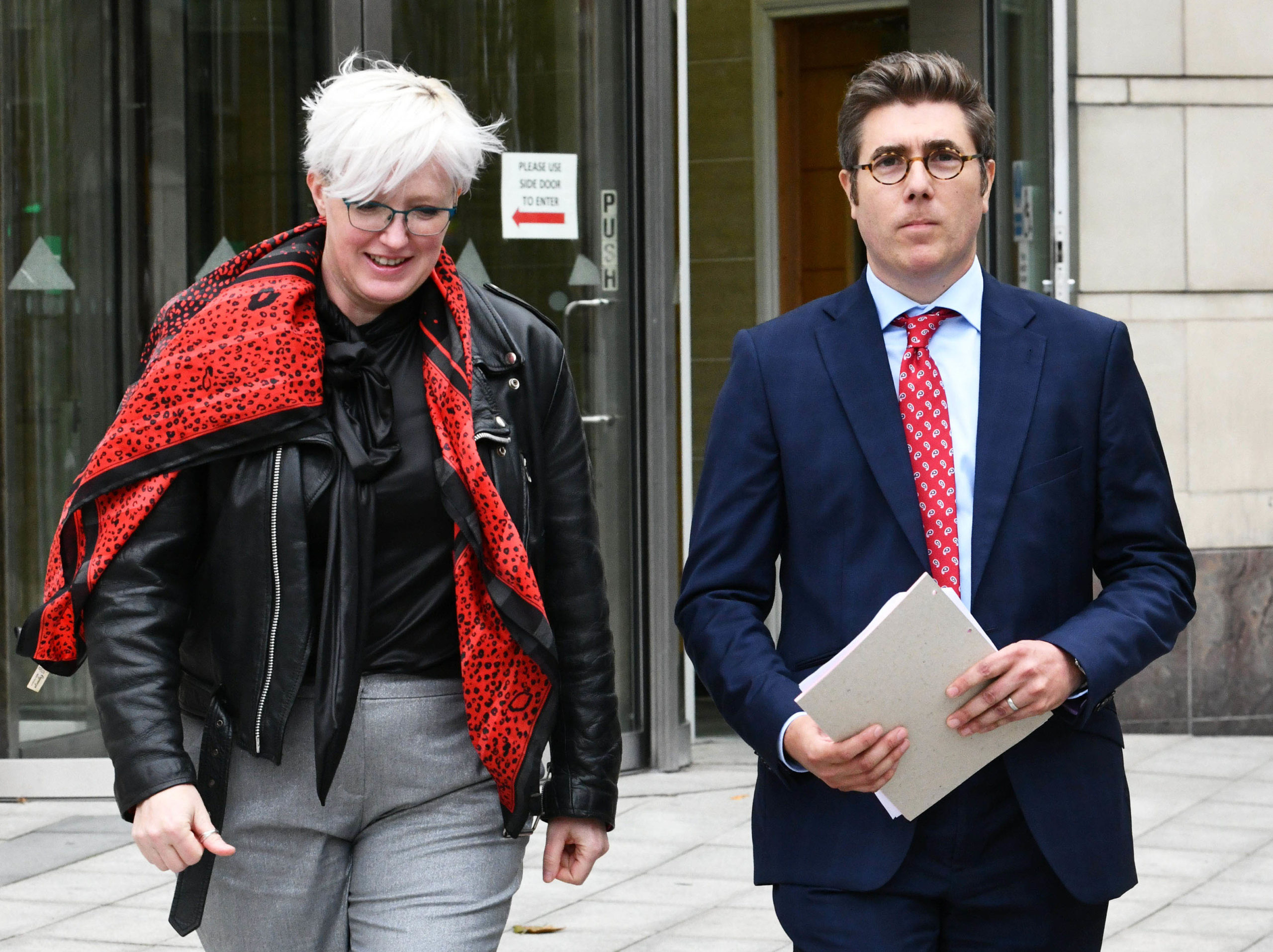 A former veterinarian in the Animal Health Group of the Department of Agriculture’s Veterinary Services won a landmark lawsuit against the department after discovering that rules for moving livestock were “abused” by livestock markets in North Ireland.

Dr Tamara Bronckaers, from County Tyrone, said she believed as many as 25,000 animals were involved in “suppressed movements” in Northern Ireland over a five-year period.

The moves appear to involve animals that had been bought by cattle dealers and then resold.

When Dr Bronckaers raised the issue, she found senior ministry officials not supporting her concerns, berating her for pursuing the matter, which ultimately resulted in her constructive dismissal.

“For over a year, she has been routinely excluded, ignored and undermined and her professional opinion ignored regarding animal welfare in livestock markets and traceability issues related to the suppression of livestock movements. “said the court judgment.

Belfast law firm McCartan Turkington Breen, which represented Dr Bronckaers, said the case could result in a full award of up to Â£ 1million.

Dr Bronckaers made two arguments regarding legislative failures, including the fact that some livestock market operators did not meet their statutory obligations and responsibilities, and that ministry officials were aware of this and did not assume their responsibilities to enforce relevant legislation.

She alleged that some cattle markets “ceased” movement of cattle under the Cattle Identification (Notice of Birth, Death and Removal) Regulations (Northern Ireland 1999). It was claimed that the welfare issues she reported had been minimized through follow-up action.

A representative for Dr Bronckaers said: â€œWhat Dr Bronckaers discovered and reported was of great concern because of the detrimental effect on the traceability of livestock and the likely effect that would have on the spread of the disease, in especially tuberculosis.

â€œShe says this legislation means that market operators, who suppressed the movement of livestock, were acting in violation of the law and therefore committing an offense.

“The relevance of these failures to Dr. Bronckaers’ case is that it was precisely because she was highlighting them and making her disclosures protected, which ultimately resulted in her constructive dismissal.”

Although this is an important part of her job, Dr Bronckaers said she had not been kept informed of discussions regarding the removal issues of suppressed livestock, nor allowed to attend meetings that discussed issues relating to livestock market procedures. She also confirmed that her substantive testimony was questioned by her then-supervisor and other senior officials.

Dr Bronckaers, who is married with four children, said: â€œAnimal welfare was a major concern for me and I have seen animals suffer needlessly. be left overnight without food or water.

â€œDuring my 19 years in the department, I tried to do what was right and I couldn’t continue doing work that I was not allowed to do ethically.

â€œFor my sanity and my sanity, I made the very difficult decision to quit work. My whole family suffered from it, but my husband and my children knew what I was going through and I had their full support.

â€œI believe in telling the truth and I also firmly believe that the department has failed in its duty to protect animal welfare. I suspect that over the past five years more than 25,000 animals have been involved in suppressed movements, resulting not only in animal welfare issues, but also detrimental implications for traceability within the chain. supply.

â€œI encourage anyone in any industry to speak up about any issues or issues they recognize in their workplace. ”

John McShane, lawyer at McCartan Turkington Breen, said: â€œDr. Bronckaers has been extremely courageous in revealing her concerns about certain practices of the Department of Agriculture, Environment and Rural Affairs, and the outcome of this case. justified these concerns.

â€œThe situation had a huge impact on Dr. Bronckaers with his suffering which affected his family, career and financial situation. However, she felt it was vital to do the right thing and that was to highlight the outrageous animal welfare issues where she saw animals being abused.

“Dr. Bronckaers hopes that the outcome of this case will encourage others who are in a similar situation to speak out.

Making the Industrial Tribunal decision, Labor Judge Orla Murray said: â€œThe claimant’s report that 4,800 to 5,000 animals were removed from stock markets each year was said by the claimant to be approximately 1.5 % of all movements of livestock out of livestock markets. . This percentage was undisputed.

A DAERA spokesperson said: â€œThe department has taken note of the Tribunal’s judgment and cannot comment further at this point. ”

Representatives of the two livestock markets named in the proceedings have been contacted for a response.

Cobalt connects with dealers to celebrate a successful year