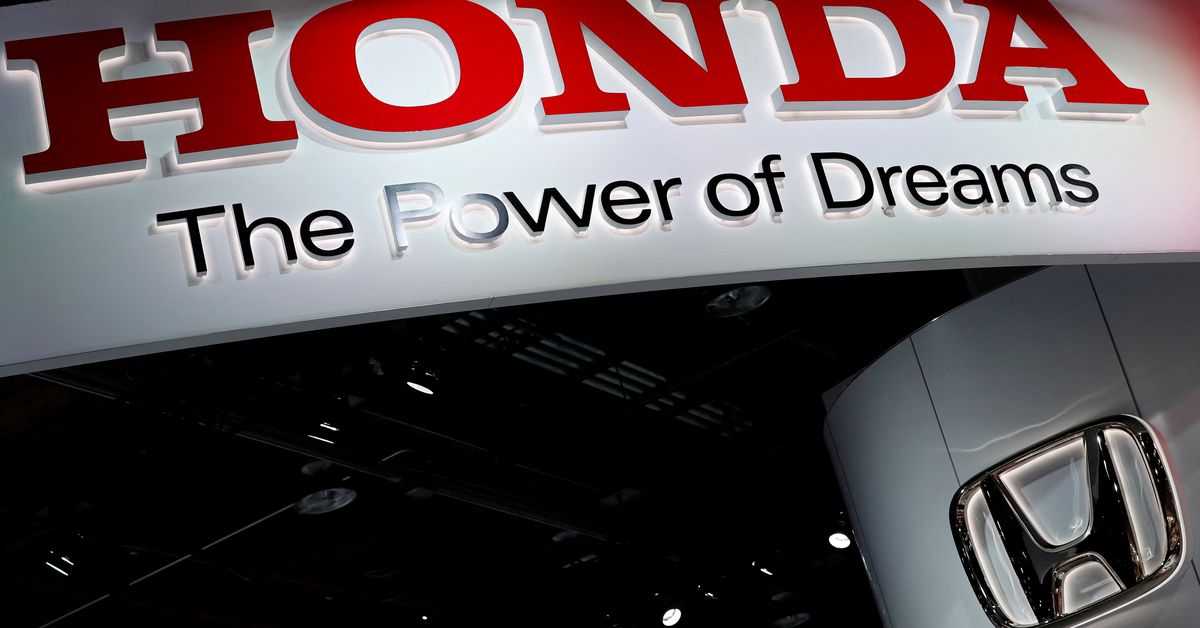 TOKYO/DETROIT, Oct 14 (Reuters) – A new joint venture formed by Japan’s Sony Group Corp (6758.T) and Honda Motor (7267.T) plans to introduce a high-end electric vehicle later in the decade, and the automaker’s US dealers are keen to be part of the sales process.

Sony Honda Mobility on Thursday announced plans to deliver the first unnamed electric vehicle by 2026 from the United States and sell them online.

Tesla’s (TSLA.O) success in selling electric vehicles without franchised dealerships is putting pressure on all established automakers to overhaul their retail networks. This leaves dealers of most brands concerned about their place in a changing world and whether profits will be reduced.

The online aspect of the Sony Honda plan, as well as the lack of details on how the vehicle will be sold and serviced, have raised questions from Honda and Acura brand dealerships. Many still expect Honda to work through the existing retail network.

“These issues are certainly concerning,” said Brian Benstock, general manager and vice president of Paragon Honda and Paragon Acura in Queens, New York. “The best way forward is with the dealers.”

“We have a role that (the automakers) can’t duplicate,” said Benstock, who also sits on Acura’s national dealership advisory board and spoke with Honda officials about the new vehicle. “There’s no way Honda wants to hurt its existing dealer body.”

Some dealers wondered why Honda would even consider trying to work outside of the current US sales network given its national reach. Honda has approximately 1,100 Honda dealerships and 270 Acura dealerships.

A Honda spokesperson referred questions about the joint venture to the new company. Sony Honda spokesperson Mai Nagadome said there are still many details to be finalized, but selling through dealerships has not been ruled out and customers would feel uncomfortable without it. a kind of after-sales service process.

“The cost of further product development (internal combustion engines) as well as electric vehicles and autonomous technology and software for next-generation vehicles is proving to be quite a challenge,” said Peter Hennessy, Principal Dealer of Atlanta-based Hennessy Automobile Companies, which includes a Honda store.

“I’m teaming up with Sony, but it should be done in conjunction with the dealer network, not outside of it,” he added.

Sony Honda officials have promised that the vehicle – which will be built at one of Honda’s factories in Ohio – will include advanced driver assistance features and a new software system developed by Sony that offers services connected to the cloud that generate recurring revenue. These are the first details of the company’s efforts since the project launched in June.

A concept of the vehicle will be shown at the CES tech show in Las Vegas in January.

Honda has been very secretive about the Sony joint venture, according to some dealers, but others suggest it’s simply because the timeline is so far off.

Privately, some dealers warn that a decision to bypass the dealer network could potentially violate their franchise agreements, but also acknowledged that using a different brand could be a way for Honda to avoid this risk.

Sony Honda officials declined to say under what brand the vehicle will be sold.

“As much as maybe some people want to push away resellers, I think consumers still enjoy the buying process,” he said.

Reporting by Satoshi Sugiyama in Tokyo and Ben Klayman in Detroit; Editing by Josie Kao

Nucar will build a combined Ford/Chrysler dealership; facility expected to be completed by 2024 | Local News