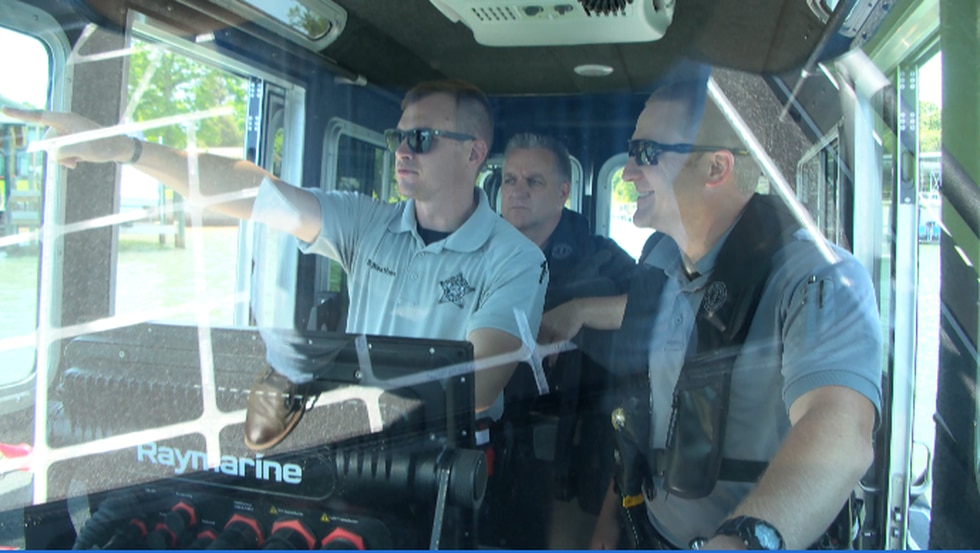 IREDELL COUNTY, NC (WBTV) – The Iredell County Sheriff’s Office is releasing an all-new police boat just in time for the summer season. This state-of-the-art craft has specialized sonar, heat-sensing systems, and enough power to get from one end of the lake to the other in a short time.

When seconds are ticking and someone really needs rescuing, this boat can be in the water and on the scene in minutes.

“A day on the lake can very quickly become tragic.”

Deputies Jarrid Church and his partner Brooks Weathers drive the latest tool in the Iredell County Sheriff’s Office arsenal. This 27ft fast response boat will be able to get emergency crews where they need to be and do everything from law enforcement to rescue.

Sheriff Darren Campbell lobbied for his deputies to get one of the best-equipped boats in the state. But between the radar systems, the FLIR cameras and the custom staircase, how much did it end up costing the taxpayer?

The money came from a program that uses money seized from drug sales and drug dealers.

“We are prosecuting our drug dealers, and we will track their assets and we will use it to better equip the citizens of Iredell County,” the sheriff said.

“It’s been used in a shooting situation before where the Bearcat got hit by gunfire,” Campbell said.

They have also purchased ballistic shields from some schools and drones that serve as their eye in the sky to give them a better look. And you’re going to pay top dollar for this high-end equipment. If you want a boat like this that can pull sixty miles an hour with a hairpin turn radius, you’ll need more than a wad of ten dollar bills.

“It would take you a lot of ten dollar bills,” Campbell told WBTV.

“Technology excites me, but I hope it will save many lives, which I’m sure it will,” Campbell told us.