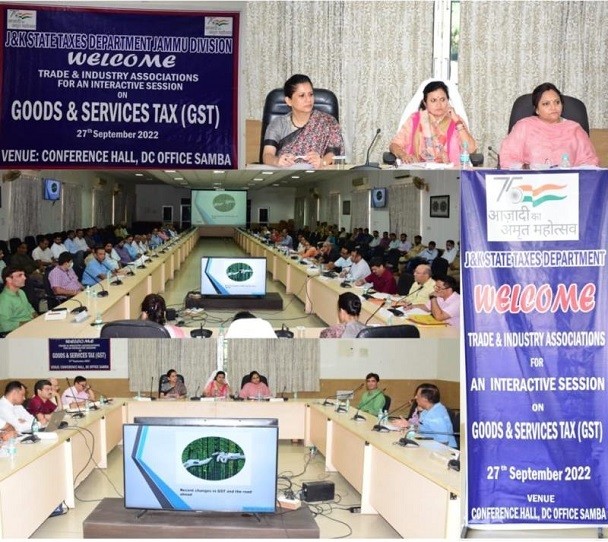 During the interactive session, the latest updates on the country’s GST laws were discussed with merchants, manufacturers, store owners, retailers, industry owners, though different projected issues by participants related to the GST were also discussed.

The state tax commissioner has appealed to stakeholders for tax compliance and timely filing. She insisted on holding regular public awareness programs in coordination with the various stakeholders.

During the meeting, recent GST changes and a roadmap and action plan were also discussed in detail.

Several issues and suggestions raised by traders, industrialists and retailers have been adequately addressed by the Ministry, while issues requiring immediate redress have been resolved by the Commissioner and those relating to policy issues have been addressed. .

Trader organizations and industry participants expressed their gratitude to the department for organizing these interactive sessions.