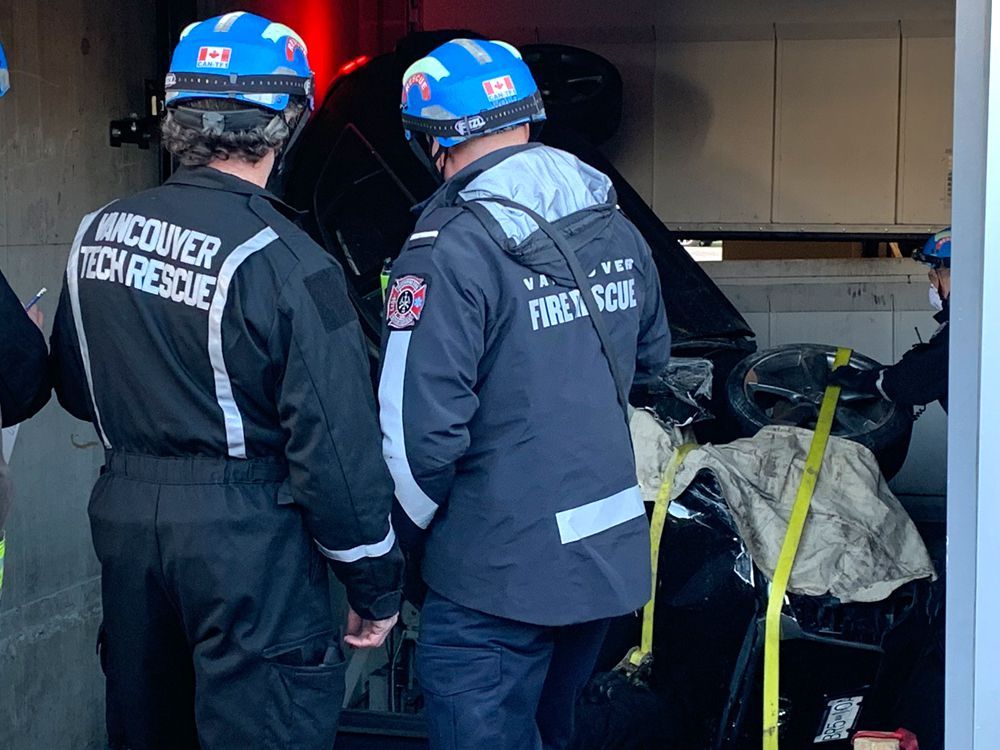 A WorkSafeBC investigation found an out-of-control Audi was at full throttle when it slammed into an elevator door and crashed into the shaft, seriously injuring a dealership employee.

WorkSafeBC’s investigation found that in five seconds – from the time the vehicle exited a second-floor car wash bay at Audi Downtown Vancouver on West 3rd Avenue until it struck and drove through a car lift door – it traveled from zero to 30 km / h. This indicated that the vehicle was in a pedal to metal situation.

The incident happened just before noon on February 9, 2021.

The investigation report says the injured employee driving the vehicle was classified as a lot attendant and was responsible for, among other things, cleaning vehicles in a wash bay on the second floor of the dealership. It was also where car repairs were carried out.

Vehicles were brought to the second floor using one of two large service elevators, with top-down doors.

The report says that between the start of the worker’s shift and just before noon when the accident happened, he and a co-worker had cleaned 15 vehicles.

The vehicle involved in the accident – a 2016 Audi Q3 – had been brought to the second floor just before 10 a.m., where its antenna had been replaced.

The vehicle was then backed into a wash bay by the worker.

According to the report, at 11:41 a.m., as the worker was about to pull the vehicle out of the wash bay, “the vehicle accelerated forward, moved to the left and struck the closed lower door. from the elevator, then fell (18 feet) into the elevator shaft and landed vertically on top of the elevator car.

The seriously injured worker was extracted by Vancouver Fire and Rescue Services and transported to hospital.

Investigation revealed that the vehicle had been fitted with an aftermarket manual control lever that allowed the brake and accelerator pedals to be mechanically operated from the steering wheel. This adaptive system is used by drivers who have mobility issues with their legs.

An investigating engineer discovered that the accelerator and brake could be operated either using the lever or by pressing the foot pedals.

There were no markings on the manual control system to show who made it.

The engineer found that the accelerator pedal was visibly lower than the brake pedal.

The report does not say whether investigators asked the employee which of these two situations had occurred. The report indicates that the worker was injured by the nature of the injury was unconscious.

After the accident, Audi created a written procedure for the use of vehicles equipped with adaptive driving equipment.

WorkSafeBC found no issues with the lift or vehicle maintenance.

Sign up to receive Driving.ca’s Blind Spot Monitor newsletter on Wednesdays and Saturdays

Thank you for your registration!

A welcome email is on its way. If you don’t see it, please check your spam folder.

The next issue of Driving.ca’s Blind Spot Monitor will soon be in your inbox.

We encountered a problem during your registration. Try Again