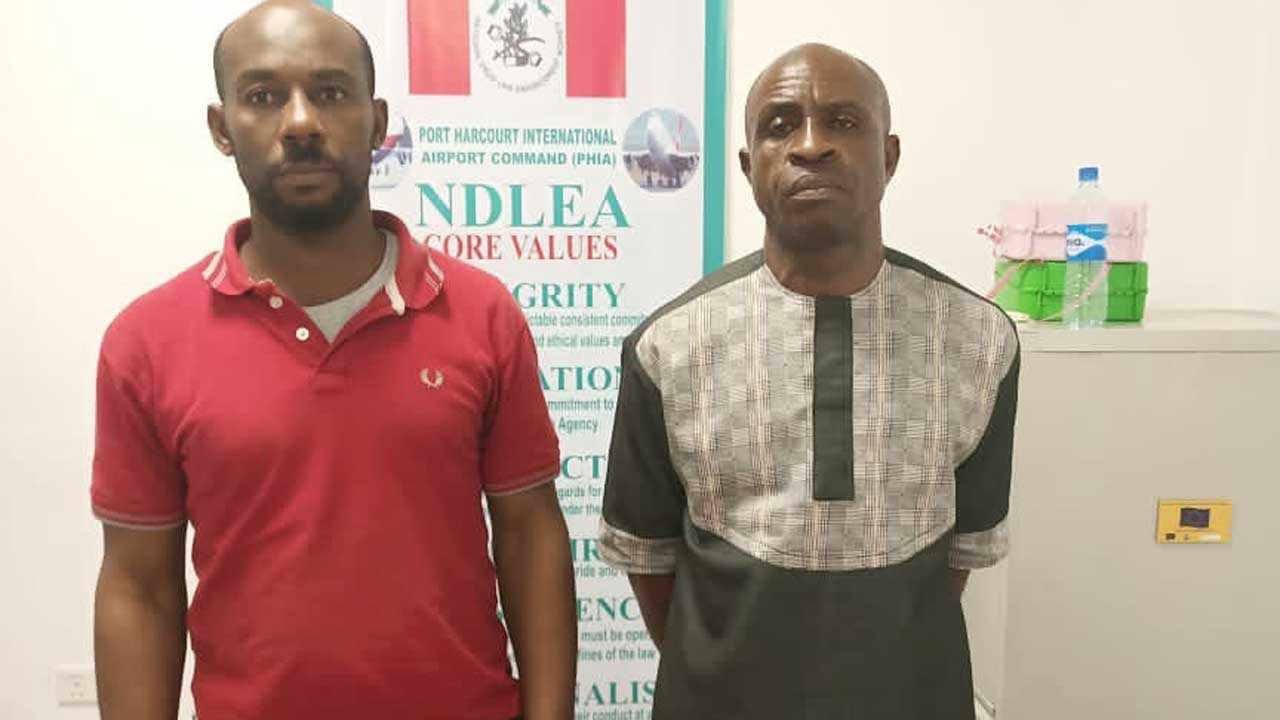 Those arrested in Rijiyar Zaki, Brigade, Yan-Kaba, Tudun Wada, Karfi, Ungogo and Nasarawa areas of the state include: Muhammad Adamu; Abba Sani; and Auwalu Muhammad, among others.

In addition, a Brazilian returnee, Nnanna Anayo Michael, 39, was arrested by officers on Tuesday March 29 at Port Harcourt International Airport (PHIA) with 73 sachets weighing 8.15 kilograms of cocaine, which is the largest such seizure at the airport. , since the start of international flight operations years ago.

The agency’s spokesperson, Femi Babafemi, said in a statement yesterday that Michael, from Ekwusigo in Anambra State, was detained while screening passengers on board the Qatar flight. Airline QR1433 from Doha to Port Harcourt.

According to Babafemi, the 73 cocaine pouches were hidden in factory-sewn 4×1 foot colored sheets.

“Five of the sheets contain 12 sachets each, while the sixth sheet contains 13 sachets.

“An immediate follow-up operation led to the arrest of Monday Alaisu, 50, who came from Lagos to collect drugs from Michael.

“He was arrested in the airport parking lot, where he was waiting to receive Michael with the latter’s photo taken at the Brazilian airport and the data page of his international passport in his hand,” Babafemi said.

In addition, no less than 9.5 million pharmaceutical opioid tablets: Tramadol and Exol 5 worth over N5 billion were seized at Murtala Muhammed International Airport (MMIA), Ikeja, Lagos, Federal Capital Territory Abuja and Edo State by officers of the NDLEA and the Nigeria Customs Service (NCS).

In Abuja, approximately 228,740 tablets and capsules of Tramadol and Exol 5 were intercepted on Friday April 1 in the Abaji area of ​​the FCT.

The truck carrying the drugs was loaded in Lagos heading for Kano. Although the truck driver fled into the bush, when the vehicle was searched, two of his assistants; Usman Abdulmumini, 23, and Aminu Ahmad, 22, were arrested.

In Oyo State, 17.6 kg of cannabis was transferred with a suspect, Ramon Dauda, ​​40, to the NDLEA State Command by the Oyo/Osun Region Command of the Nigerian Customs Service, as did narcotics officers on patrol along the Lagos-Ibadan highway on Thursday. , on March 31, intercepted a shipment of 10 kg of cannabis and 12.1 grams of amphetamine on a commercial bus. A follow-up operation in Ilesa, Osun State led to the arrest of drug show owner Ms Remi Aluko, 44.

In another raid in the city of Okada, patent drug dealer Harrison Odion was arrested with 70 bottles of codeine-based cough syrup; 9,638 capsules of tramadol; 16,843 tablets of Exol-5; 80 diazepam tablets and 62 diazepam injection ampoules.

While commending the relationship between the NDLEA and other security agencies in the country, the Anti-Narcotics Agency Chairman/CEO, Brig. General Mohamed Buba Marwa (retired) instructed the officers and men of the MMIA, PHIA, FCT, Edo, Oyo and Kano commands not to rest on their oars.