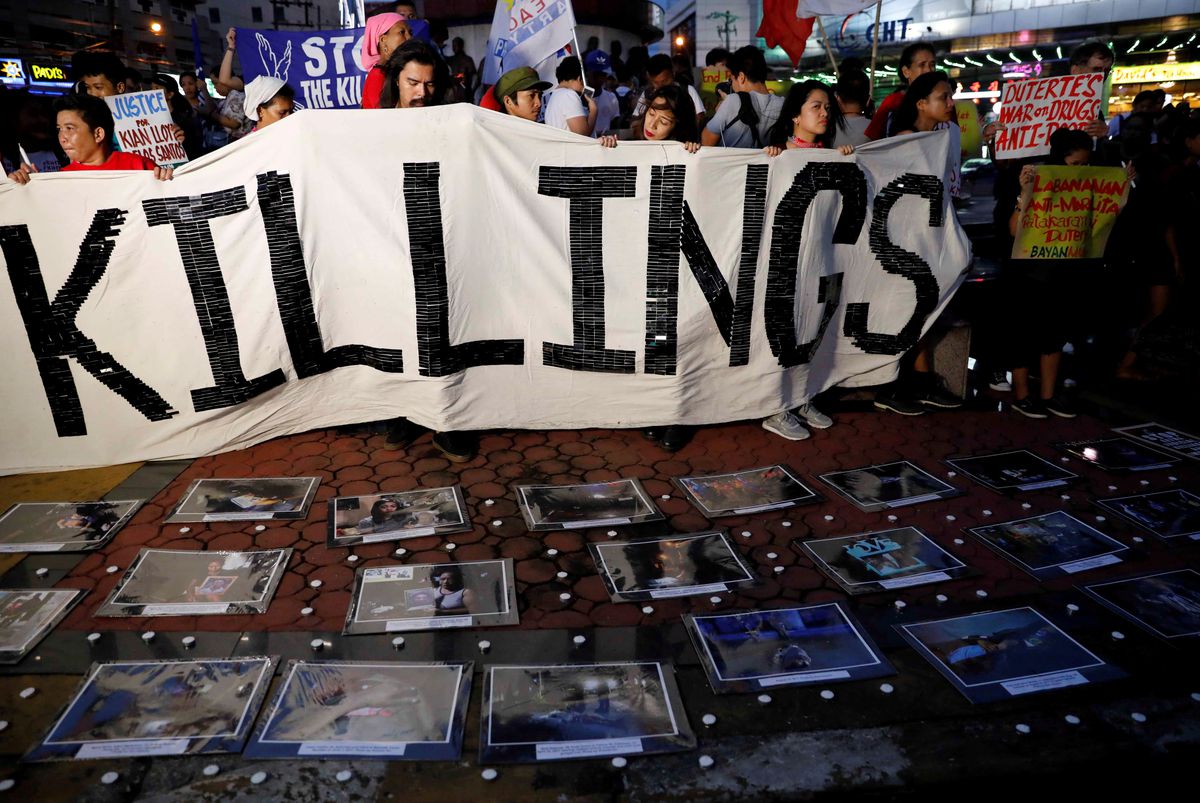 The Philippines will investigate thousands of murders in President Rodrigo Duterte’s war on drugs, his justice minister said on Wednesday, after a review of a sample of cases revealed foul play in dozens of operations murderous policewomen.

Menardo Guevarra said his Justice Department (DOJ) would extend its review to more than 6,000 murders committed during police operations, after which many police officers were cleared of wrongdoing in internal police investigations.

“If time and resources permit, the DOJ will also look into these thousands of other cases,” Guevarra told Reuters.

The ruling signals a shift from the Philippines’ vehement defense of the war on drugs, which saw the government berating critics and activists who alleged there had been systematic executions of drug suspects by police .

The Philippines has come under pressure from the United Nations to conduct a full investigation, and the International Criminal Court recently announced it will investigate the crackdown.

The government has said, however, that it will not cooperate because the Philippine justice system is functioning.

The release of details of 52 war on drugs deaths on Wednesday marks a rare admission by the state that abuse may have taken place.

In several of them, the victims had no trace of gunpowder on their hands, or had no weapon at all.

The findings, which are the subject of a new build-up of criminal cases and charges, could challenge the government’s narrative on the war on drugs.

Mr Duterte defended the police for five years and maintained that all those killed were drug traffickers who resisted arrest. He said publicly that the police could kill if they thought they were in danger and that he would forgive anyone who ended up in jail.

Mr Duterte’s office did not immediately respond to a request for comment on Wednesday.

Police chief Guillermo Eleazar has vowed not to cover up.

Carlos Conde, senior Philippines researcher at Human Rights Watch, said the war on drugs was about more than a few rogue police.

He criticized what he called light sentences recommended by internal police affairs, which included suspension, demotion or dismissal.

“On the basis of these 52 cases alone, it is clear that the war on drugs is an illegal and murderous state policy carried out by a police force which has been ordered by the president himself to disregard procedure. regular, â€Conde said.

One of the cases examined by the Department of Justice concerned a suspect who was shot by police with 15 bullets.

The Justice Department said there had been no crime scene report or autopsy, ballistic or paraffin tests performed to determine whether the suspect was armed.

He said he was disclosing the results so that the families of the victims could know the deaths were under investigation and to invite witnesses to come forward.

More than 6,000 people have been killed by police in the crackdown, but activists say thousands more drug addicts and peddlers have been shot dead by mysterious gunmen. Police have denied any involvement in them.

Our Morning Update and Evening Update bulletins are written by The Globe editors, giving you a concise summary of the day’s most important headlines. register today.