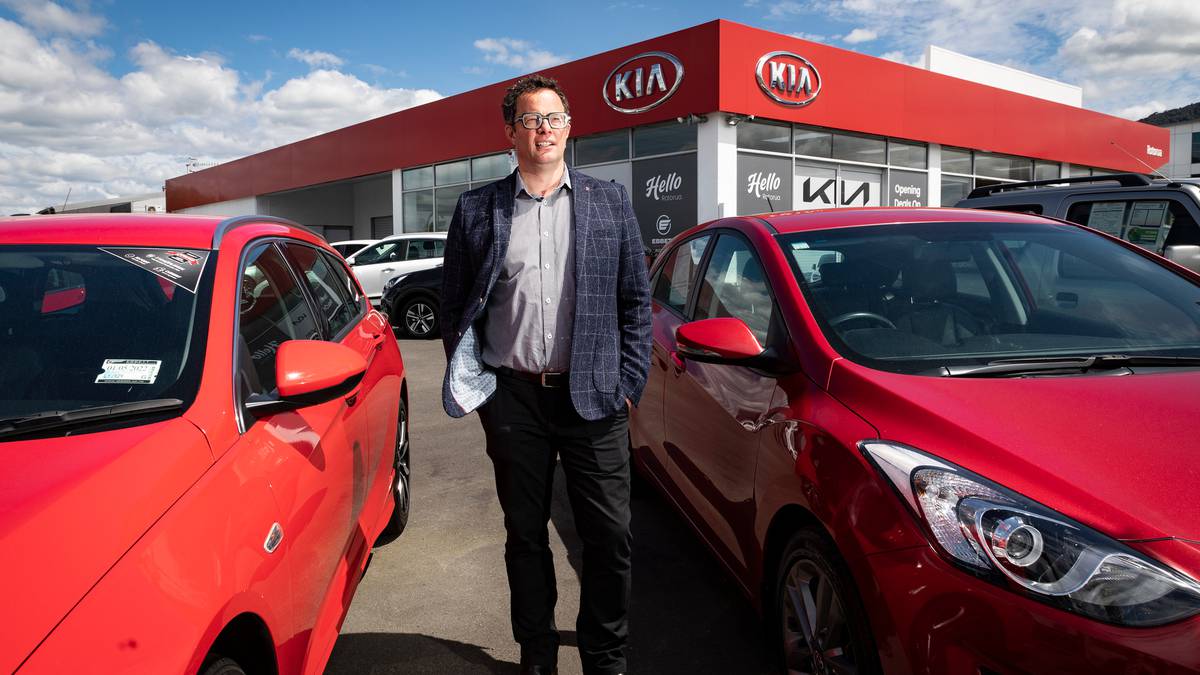 More than $8 million is flowing into Rotorua with multi-million dollar projects including a new car dealership, St. John Ambulance hub and commercial buildings.

The largest commercial consent was valued at $2.7 million for a brand new purpose-built car dealership for the Ebbett Group at 270 Te Ngae Rd.

The 7650 sqm development will house the current Rotorua Kia dealership of Ebbett on Lake Rd.

Ebbett Rotorua branch manager Ricky Brackfield said the development was on track for them to move in on November 30.

“It’s not too far, which is great.

“There’s a multi-brand dealership there. It’s a big site.”

Brackfield said the dealership would include Kia, Skoda, Volkswagen and a fourth brand, to be revealed.

The new site would allow more parking for customers and better use of the site, he said.

“It’s going to be very different for us in a positive way.

Along with expanding its current site, Brackfield said they have hired more people to fill positions and will have more job opportunities once the site is fully completed.

A consent worth $1 million was also issued to convert an existing commercial building on Fairy Springs Rd into a St. John’s Ambulance station.

“Our plan has always been to have two ambulance stations for the Rotorua area.

“This will ensure appropriate resources suited to the geographic distribution and U-shape of Rotorua, as well as ensuring our promise to the community to provide equitable access to emergency services for generations to come.”

Clicquot said this would significantly improve access for people living in Hamurana and Ngongotahā, which it knew from its modeling data were “high-needs areas” that needed better support.

He said the Fairy Springs Rd site, which was purchased several years ago, was chosen because there was increased demand in those areas and it had good access to major thoroughfares.

“St John is extremely grateful for the continued support of the Rotorua community, and we will be looking to raise funds as the project progresses.”

However, Clicquot said it was also aware of the challenges facing the construction industry and would do everything possible to push development forward as quickly as possible.

“In the meantime, we are very fortunate to have the flexibility of our base at the Te Ngae Rd site.”

A consent worth $2 million was also approved for a new six-unit retail building on Riri St.

Hubbard said the buildings were evacuated and moved about a year ago and will be demolished to make way for six new units.

“We are trying to build more modern commercial buildings.”

He said tenants in the new units would be for the “general market.”

“On closer inspection, I think there is a hole in Rotorua for that need.”

Earthworks were due to start next month and Hubbard said he would try to employ as many local contractors as possible.

Development was expected to be completed by November 2023.

1b Path of the Islands
Refurbishment of D&F blocks and seismic reinforcement
$800,000