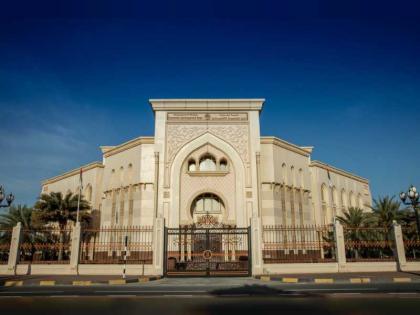 SHARJAH, (UrduPoint / Pakistan Point News / WAM – October 26, 2021) The Sharjah Economic Development Department (SEDD) has completed 14,210 issued and renewed licenses which have been submitted through the department’s smart apps, through its website portal and its service centers. Licenses completed reached 1,473 licenses issued and 12,737 renewed.

According to data released by SEDD on licensing in the third quarter of this year, business licenses took the lead with 868 licenses, followed by professional licenses which stood at 432 licenses. Then, industrial licenses reached 69 licenses, while the number of e-commerce licenses reached 43.

Commenting on this, Sultan Abdullah bin Hadda Al Suwaidi, Chairman of SEDD, said that the continued growth of business licenses confirms the strength of the local economy, the attractiveness of the investment environment, the strategic location of the emirate in the region and its advanced infrastructure, and other strategic economic and social elements. It also proves the availability of opportunities in various sectors and economic activities.

He confirmed that the release of this data is considered one of the important economic indicators that SEDD relies on to study the economic situation in the emirate. In addition, HE stressed that the main strategic objective of the Department is to achieve a comprehensive development plan that improves the economic development of Sharjah. This can be achieved by improving services to meet the highest international quality standards in terms of speed of delivery and access to economic sector dealers and investors in the emirate, and by striving to close transactions. with ease and efficiency.

He illustrated that data released by the Ministry indicates that there is a noticeable increase in the movement of investments into existing projects.

He added that these indicators represent sustainable growth for Sharjah’s economy. These figures also reflect the confidence of the business sectors in the investment opportunities available in the emirate.

For his part, Fahad Ahmed Al Khamiri, director of the registration and licensing department at SEDD, said that the number of licenses, especially e-commerce, has made a remarkable leap and growth which has reached 317% during of the third quarter of this year 2021., and the growth of the national license “Eitimad” reached 17%. This represents continuity and the ability to conduct business and economic activities in Sharjah. In addition, it shows the ability of the emirate to maintain economic balance in the main sectors.

In the context of geographic distribution, Al Khamiri said that there is a noticeable increase in licensing movement in all cities of Sharjah. As a result, the Industrial Zones Directorate of SEDD issued 697 licenses, followed by the Main Directorate with 455 licenses, and then by the Central Region Directorate with 174 licenses. As for the rest of the branches, Khor Fakkan branch issued 76 licenses, while the number of licenses issued in Kalba branch reached 60 and Dibba Al Hisn branch issued 11 licenses during the same period.

Al Khamiri pointed out that the data released by SEDD shows a significant increase in the movement of investment in existing projects. These are indicators that demonstrate the sustainable growth of Sharjah’s economy, as the emirate has a strategy through which it seeks to maintain a good pace of growth in the next phase. Such a thing depends on the elements of attraction which include the distinguished geographical location and the great development which the service sectors have witnessed.

In addition, Al Khamiri stressed that the service centers are considered one of the strategic partners of the department, as they provide a set of procedures and services which are among the main priorities in the conduct of business activities. He also noted that the Ministry’s digital services are part of its initiatives to simplify procedures, reduce delays and provide services that meet clients’ aspirations.

General Motors offers its US dealers 40,000 charging stations for electric vehicles for public use