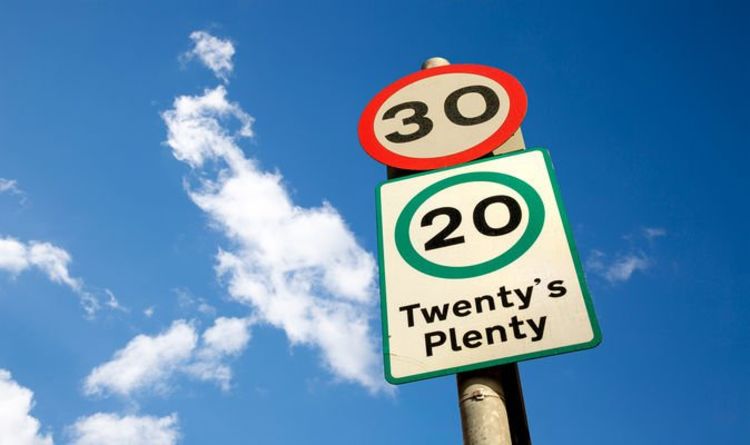 The development of Clean Air Zones (CAZ) and other car tax zones has been seen across the UK in recent months, with the London Very Low Emission Zone (ULEZ) and Birmingham CAZ being the more notable. More cities are in the final stages of implementing a new car tax zone that aims to reduce carbon emission levels, including Manchester, Newcastle and Bristol.

However, the Ministry of Transport has no plans to introduce any kind of regional or national change to reduce emissions.

In an exclusive comment to Express.co.uk, a DfT spokesperson said: “There are currently no plans to review England’s national limits.

“Changing that would come at the cost of planning, managing traffic and installing millions of new 20 terminal signs, repetitive signs on roads that keep a 30mph limit, and traffic authorities would have to change a large number of speed limit orders.

“In addition, general compliance should be achievable without overreliance on law enforcement, and evidence suggests that average speeds tend to drop to compliant levels only on roads where previous average speeds were already low. .

“Local authorities already have the power to set speed limits at 20 mph in areas and streets where people and traffic mix.

“It is clear that 20 mph can be introduced both in predominantly residential streets and in city streets with significant pedestrian and cycling movements. “

They said this would outweigh the downside of longer travel times for motorized traffic.

A number of other countries have implemented similar speed limits to curb the increasing rates of vehicle emissions.

Lille and Grenoble in France have introduced speed limits, as well as Bilbao in Spain and the Belgian capital, Brussels.

The government’s website says local councils can set their own speed limits in certain areas and they must be clearly signed.

One of the most common limits is a 20 mph zone in a built-up area near a school.

A stretch of road with sharp bends may have its speed limit reduced to 50 mph rather than 60 mph.

Highways England announced in July that some sections of motorways would see their speed limits reduced to deal with high pollution areas.

Nine motorway areas across the UK will have the speed limit reduced to 60 mph or less, including sections of the M32 in Bristol, the M6 ​​near Birmingham and the M1 between Sheffield and Rotherham.