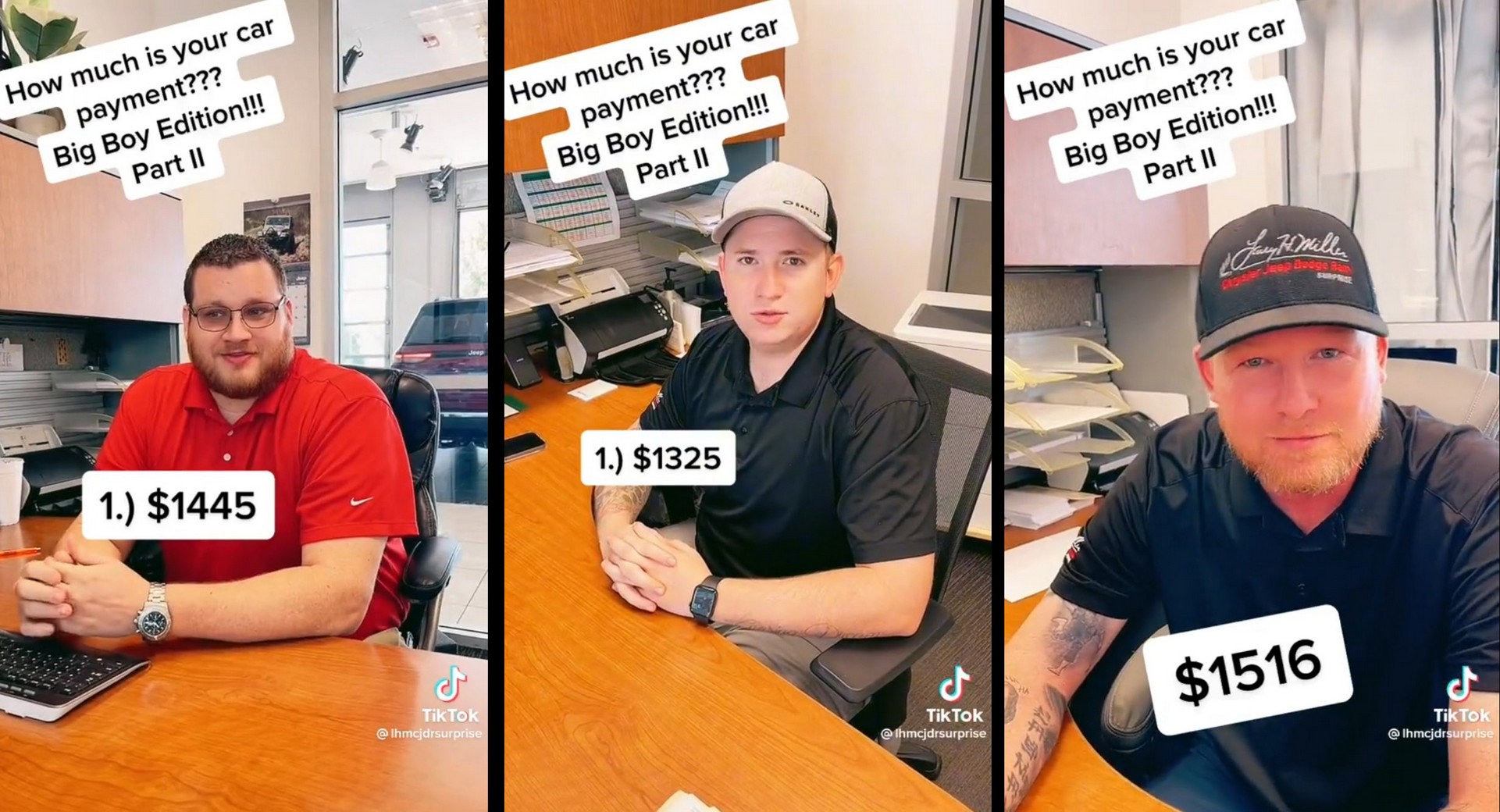 Monthly car payments are a reality for millions of us. Most people can’t afford to buy a new car for cash, and even those who can don’t like the idea of ​​having their money tied up in a daily driver when it could earn more money being used elsewhere.

But there’s something a little nasty about a recent series of videos that surfaced on TikTok in which dealership workers showcase the often huge sums – up to $2,606 for two vehicles in the same household – that they pay monthly.

And it’s not just because I’m British and we’re all tense and don’t like to talk about money that it bothers. As Stef Schrader of The Drive points out, bragging about big monthly car payments doesn’t look good when the world is on the brink of recession and a combination of interest rate hikes, delays in producing cars and dealerships charging well above MSRP means Americans are paying far more for their cars than they were even last year, and potentially more than they can afford.

Does this dealership realize that makes them all really bad???? pic.twitter.com/RGhOoMznXt

Edmunds reported this summer that 12.7%, or more than one in eight consumers financing a new car in June 2022, signed up for monthly payments over $1,000, rising from 7.3% in June. 2021. And several dealership employees shown in the videos also claim to pay more than $1,000 a month.

That kind of monthly commitment might not be a problem when you’re making $200,000 a year, but it’s a lot of dough for everyday people, including those who work at car dealerships. And that’s most likely more than a lot of people are paying for a mortgage. Yet dealerships propagate a myth that it’s only normal for ordinary income earners to be so obsessed with a new car.

The trending video received a lot of negative comments, but also suggestions from the auto industry as to why employees were paying so much for their cars, including the likelihood of staff flipping cars every few months to supplement their income, or had been pressured to sell to themselves in order to boost sales figures in quiet times.

JM&A: How dealerships can adapt F&I to EV buyers