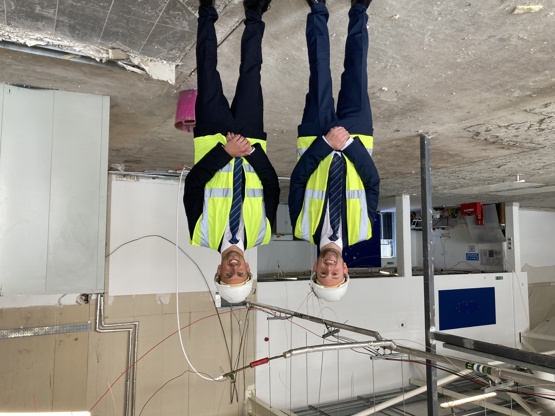 Vertu Motors has begun work to convert its Ford dealership in Hamilton into the second of four new showrooms for franchise partner Toyota in Scotland.

The AM100 PLC took over the Japanese carmaker’s West of Scotland franchise from Arnold Clark in April this year and is now continuing its first opening, in Darnley, south Glasgow, with the establishment of a new retail space for the Macklin Motors operation in the South Lanarkshire town.

Five new positions will be created as the Whistleberry Road dealership is transformed from its former Ford dealership guise into a Toyota business due to open next month.

Vertu Motors Managing Director Robert Forrester said: â€œWe are delighted to have Hamilton become the site of our second Toyota franchise in the west of Scotland.

â€œThe addition of these dealerships increases the group’s representation in Scotland under the Macklin Motors brand and expands our operational footprint there. It also demonstrates our confidence in the future of the automotive retail sector and the Scottish economy.

â€œToyota is a world-renowned manufacturer that we are delighted to represent. We are confident it will become one of the UK’s most successful carmakers over the next decade.

Vertu’s investment in Toyota Hamilton represents the latest step in a strategy that has seen the group move into multi-franchise outlets across the UK.

Among recent changes to its Macklin Motors portfolio north of the border was a Â£2million investment to add Renault, Dacia and Hyundai franchises to its existing Vauxhall and Ford authorized repairer site in Dunfermline, with separate sales areas for Renault, Dacia, Hyundai and Vauxhall. .

This decision followed the opening of a new Peugeot, Kia and MG dealership in Edinburgh.

Among the models that will be presented in the showroom are the new Yaris Cross and the Aygo X recently reviewed by AM.