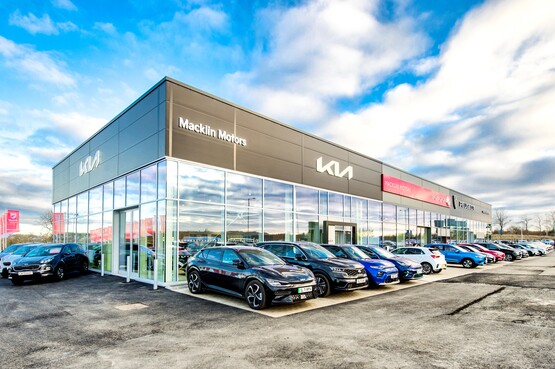 Vertu Motors is taking its car dealerships “off the grid” as part of efforts to tackle soaring energy costs in the second half of 2022.

AM100 PLC revealed that while it expects its annual financial results to be in line with expectations, they will be weighted in the first half of its economic year after rising energy costs and soaring inflation will have an impact on profitability.

A trading update released via the London Stock Exchange this morning (September 6) revealed that the group was facing the prospect of renegotiating its energy prices this month and was taking decisive action to mitigate increases of more than 250% observed by others in the industry.

He said his management was “very focused” on reducing energy consumption as part of a power purchasing strategy that includes “sourcing off-grid energy solutions to manage exposure. of the Group to the risks of volatility in energy market prices”.

Away from the rising costs of doing business caused by the current UK inflation of double digits, Vertu’s business update revealed that its operating expenses had risen year-on-year due the removal of government support for business rates, which reduced costs. in the first half of 2021 of £5.2m.

In its network of 160 dealerships, new and used car registrations declined in 2022 due to supply issues.

While the profitability of new cars has increased, he said a stabilization in the value of used cars has reduced their profitability from the very high levels seen in the fiscal year ended February 28, 2022.

Vertu, however, maintains a strong order bank for 13,000 new fleet and retail vehicles.

In Vertu Aftermarket, revenue remains above prior year levels on a like-for-like basis with improvements in customer retention and increased in-house used car readiness capacity.

Warranty activity remains weak, however, due to the decline in the up to three-year vehicle fleet, and service margins have been reduced due to rising technician costs.

In an outlook statement setting out its priorities for the rest of the year, Vertu said growth remained on the agenda, despite a focus on operational excellence in cost, conversion and client experience.

It has already taken over Toyota GB’s franchise car distribution group for the west of Scotland from Arnold Clark and has bolstered its parts business with the acquisition of supplier Wiper Blades so far this year.

He added: “The group continues to evaluate and execute acquisition opportunities as it seeks to achieve its primary strategic objective of value accretive growth.

“The group has more franchise relationships than any other UK group and yet talks are developing positively with a number of franchises the group does not currently represent, which is likely to lead to further scale growth.”

The cost of living crisis and soaring costs of doing business remain a concern for the entire automotive distribution sector.

In line with Vertu’s efforts to mitigate energy price increases, Journey Energy Solutions Managing Director Darren Riva told AM earlier this year, “In reality, the only way auto retailers and other companies to guarantee energy savings is to disconnect from the network”.

His comments came months after an AM news article revealed that many businesses faced the realistic prospect of turning off showroom lights in a bid to save energy the day before. last winter.

Yesterday Pebley Beach general manager Dominic Threlfall warned that this summer dealership staff may be forced to don jumpers and jackets to stay warm in showrooms.

And Devonshire Motor dealership manager Nathan Tomlinson said: ‘The level of focus, management and goal orientation currently applied to energy management is typical of all the things we do well to increase the gross profit.

“Quite frankly, you can probably get invested in energy and resource management and have more of an impact on the bottom line than you can by being intensely involved in day-to-day operations and the classic overall dealership goals of sell another car, part or hour of work.

COMMENT: It's time for your dealership to advertise on audio streaming