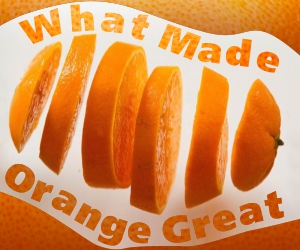 The first mention of an “official” police service in Orange dates back to 1890. A mention in the minutes of the city commission stated that “H Stark was the town marshal and EM Davis was the night watchman, replacing L. Ferguson who resigned “.

At that time, the city provost was the head of the police. This was an elected position and the marshal answered directly to the mayor and the municipal commission. He mostly worked alone and was paid around $ 40 per month.

In 1914, a new city charter abolished the post of city marshal. In August 1914, JT Carter became the first police chief. He was paid $ 125 per month and worked with the county sheriff’s office and county police officers.

The police department was housed in the building on Fourth and Main streets which also housed the town hall and the fire department. In May 1944, the city began to move into the new city hall on Green Avenue. By September, the two-story brick garage at the rear of Town Hall was converted into a police station. The upper floor was the city jail, and the lower floor housed the police department. It was to be the home of the Orange Police Department for the next 30 years.

In 1952, there were 28 employees in nine classifications in the department. They were the chief, deputy chief, 18 patrollers, three radio operators, a “fingerprint man, a clerk, a mechanic, the municipal judge and a” Poundman “.

In July 1956, a contract was awarded to a local contractor for $ 14,480 to construct an extension for the police building. The building has been extended to provide more office space. It would add room for a company court, a patrol room, a squad room, a fingerprint and photograph room, a dark room, an identification office and a business room.

The motorcycle officers at the beginning did not have boots or helmets. In December 1958, the city council authorized bids for “police uniforms, motorcycle boots and protective helmets”. The cost of these items was $ 3000.

As early as 1918, the city authorized the purchase of an automobile for the traffic police. In 1919, city council set an allowance of “four gallons of gasoline and one liter of bottled oil” to be paid by the city each week to the night police. At that time, the night officer was using his personal vehicle for police service.

In 1941, the city provided specifications for “a five-passenger automobile, four-door, standard equipment, 85 to 110 horsepower, two police searchlights, freewheeling siren flasher, color black”. Before 1960 there were no white patrol cars, they were either black or black and white.

In 1960, the city accepted an offer from Modern Chevrolet for five white 1961 Chevrolet Biscayne cars. The total bid, including trade-ins, was $ 7,755. These were the first white patrol cars for the police service.

In 1968, when the city reviewed the specifications for new patrol cars, for the first time, air conditioning was considered. Prior to 1970, cars had standard transmissions. In 1971, the department switched to automatic transmissions.

The Orange Police Department used to buy gasoline from Orange service stations. In May 1955, the mayor called an emergency city council meeting to discuss a petition signed by several gas station owners who complained that the police department was not distributing matters fairly among all gas stations. Orange.

In 1969, the city council passed an ordinance authorizing the installation of gasoline tanks on city property. A fuel island has been installed on the west side of the police building.

The first information on the radio system is scarce. There is no record of when the first system was installed, but there is a mention in the minutes of the city council meeting held in August 1946 that â€œRuby White, radio operator has retired.

In September 1950, the mayor authorized the purchase of a large generator and a radio in the new patrol car. The car was a new 1950 Ford Deluxe Tudor with an eight cylinder engine. The cost of the car was $ 1,647, the radio $ 600.

On February 15, 1952, the city of Orange ratified an agreement with the County of Orange to maintain, at the city’s expense, a complete police radio communication system for use by all law enforcement agencies in the county. Orange County would adhere to a fee schedule for other agencies to pay part of the costs set in a four-year contract.

In 1959, the Federal Civil Defense Authority recommended that city police departments upgrade their radio equipment to a higher frequency. FCDA would pay 50% of the cost of upgrading the system. The cost of the upgrade was $ 8,075. Motorcycle radios were not included in the upgrade.

In the early years, when the city’s power was lost, the police department lost radio communications. In April 1958, the city awarded a contract for the installation of a back-up generator at City Hall. The installation cost was $ 3,758.

An official scale of traffic fines for traffic violations was adopted in July 1957 by the city council. Drag races and speed competitions would carry the highest fines, $ 25. Failure to dim the headlights would cost the offender $ 3. The speeding fines would be $ 1 for every mile over the posted speed limit.

The structure of the police department changed in September 1959 when the council passed an ordinance removing the post of detective and combining it with that of identification officer. The other classifications at this time were: Chief, Deputy Chief, Captain, First Class Patroller, Second Class Patroller, Third Class Patroller, Dispatcher, Poundmaster and Steno-Clerk.

In December 1960, new radio equipment and electronic sirens were installed in five patrol cars. The Orange Police Department was the first in the region to start using the new electronic sirens. The sirens were mounted on the roof of the car and had several functions, one was to use as a sound system. Officers could now talk to people outside their cars and could also monitor radio transmissions when they were outside their patrol cars. A new base system was also installed with the new radio equipment.

The department got new identification equipment in 1962. It included a fumigation kit to bring out old fingerprints, a special camera for photographing fingerprints, a field survey kit, and ultraviolet light.

The municipal council of November 1969 created new classifications in the department. These were the Inspector, Identification Officer Captain, Sergeant, Patroller, Poundmaster, Office Officer’s Secretary and Supervisor.

By 1974, the station had become crowded and inefficient. A new building was needed. The specs were put out to tender, but none of the bids were affordable for the city. An alternative solution was to buy the old building of the First Savings and Credit Association located near the town hall.

The building was purchased and renovated and in 1976 it was ready for police service.

Until 1987, cars purchased for patrol cars were nothing more than station wagons with a larger alternator installed at the dealership. In October 1987, the department ordered the first cars with a complete police pack. The first real police cars entered service.

The department installed its first polygraph instrument in 1978. By 1994, it was obsolete and needed to be replaced. The ministry was able to purchase a new computerized polygraph system. Later that year, the first on-board camera systems were installed. They included audio and video recording capability.

The department had been developing the modified building they had been in since 1976. A discussion began on the construction of a new building with adequate space for both the police department and a company court. The design was eventually approved and put out to tender. At a cost of $ 5,048,700, the new building was completed. The building was commissioned on February 1, 2001.

The move into the new building at the start of a new century brought many positive changes to the Orange Police Department. They have continued to grow and keep pace with modern trends in law enforcement.